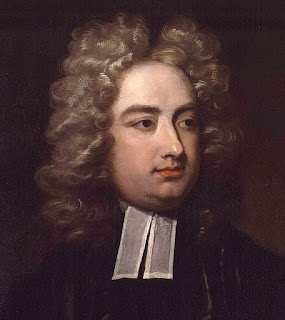 Most of us who grow up in the United States learn a reassuring narrative of ever-expanding tolerance. Yes, the country’s birth was tainted with the original sin of slavery, but Lincoln freed the slaves, the Supreme Court desegregated schools, and we finally elected a black president. The Founding Fathers may have all been men, but in their wisdom they created a constitution that would later allow women to gain the vote. And now the legal definition of marriage has broadened to include gays and lesbians. We are, it appears, an increasingly inclusive nation.
But a parallel, much darker river runs through American history. The Know Nothing Party of the 1850s viciously attacked Catholics and immigrants. Eugenics enthusiasts of the early twentieth century warned about the nation’s gene pool being polluted by ex-slaves, the feeble minded, and newcomers of inferior races. In the 1930s, 16 million Americans regularly listened to the anti-Semitic radio rants of Father Charles E. Coughlin.
The most notorious of all the currents in this dark river has been the Ku Klux Klan. It flourished first in the South after the Civil War, lynching and terrorizing African-Americans who tried to vote, and then gradually disbanded in the early 1870s under pressure from the federal government. After a long spell of quiescence, it reemerged into national prominence in the 1920s, reaching an all-time peak membership in 1924—a year, incidentally, that saw the dedication of various Confederate memorials, including the Robert E. Lee statue in Charlottesville, Virginia, whose planned removal was the pretext for the “Unite the Right” rally there in August.

Read on in the Review!

The year was 1950, the Korean War was underway, and the person in question was General Douglas MacArthur who, in terms of pure megalomania and self-regard, was surely the Donald Trump of his moment.  As it happened, the general was gunning not just for Koreans but for a Democrat by the name of Harry Truman, a president who would, in the end, act as a commander in chief should.  In a move deeply unpopular in its moment, he would dismiss his war commander (whom he dubbed “Mr. Prima Donna”) only to watch MacArthur come home to a 19-mile New York City ticker-tape parade (and 3,000 tons of dropped paper) seen by more than seven million cheering spectators.
The Korean War was subsequently fought to a draw without atomic weapons, belts of cobalt, or anything else that might, in the end, have led to a global nuclear conflagration, in part because a president was able to corral an over-the-top general.  Almost three quarters of a century later, the question, when it comes to that same peninsula and those same weapons, is: Who could corral a president with a yen to use them and the “sole authority” to do so?  We’re talking here about a man who, in the 2016 election campaign, wondered aloud to MSNBC’s Chris Matthews why in the world, when it came to nuclear weapons, we would be “making them” if we weren’t planning on using them? ...
Eingestellt von Leopold um 10:21 Keine Kommentare:

Timothy Garton Ash on the New Right in Germany


Angst für Deutschland: Die Wahrheit über die AfD: wo sie herkommt, wer sie führt, wohin sie steuert [Angst for Germany: The Truth about the AfD: Where It Comes from, Who Leads It, Where It Is Headed]
by Melanie Amann
Munich: Droemer, 317 pp., €16.99 (paper)
Finis Germania [The End of Germany]
by Rolf Peter Sieferle
Steigra: Antaios, 104 pp., €8.50
Timothy Garton Ash reviews two interesting books and the New Right in Germany, and introduces his article:

“The reason we are inundated by culturally alien [kulturfremden] peoples such as Arabs, Sinti and Roma etc. is the systematic destruction of civil society as a possible counterweight to the enemies-of-the-constitution by whom we are ruled. These pigs are nothing other than puppets of the victor powers of the Second World War….” Thus begins a 2013 personal e-mail from Alice Weidel, who in this autumn’s pivotal German election was one of two designated “leading candidates” of the Alternative für Deutschland (hereafter AfD or the Alternative). The chief “pig” and “puppet” was, of course, Angela Merkel. Despite the publication of this leaked e-mail two weeks before election day, adding to other widely publicized evidence of AfD leaders’ xenophobic, right-wing nationalist views, one in eight German voters gave the Alternative their support. It is now the second-largest opposition party in the Bundestag, with ninety-two MPs.

"Finis Germania raises in helpfully sharp form the question of how one should respond to such ideas, in a country where one in eight voters just chose a right-wing populist party, motivated mainly by concerns about culture and identity.
Der Spiegel’s extraordinary vaporizing of Sieferle’s book from its best-seller list is an extreme example of an approach characteristic of contemporary Germany. If you go beyond a certain point in expressing what may be seen as right-wing extremist or anti-Semitic views, you are banished from all respectable society, branded with a scarlet, or rather a brown, letter. Nazi insignia, Holocaust denial, and hate speech are banned by law (as Facebook is finding to its cost), but there is also this broader social, cultural, and political enforcement of the taboo."

Maybe a helpful view from the outside, helpful for Germans who sink to be trapped once again. Maybe, because the resistence to thinking of such people is like erverywhere in ethnic-cultural conflict zones, one has only to look on the (old) New Right in the United States of America.

Interview and comment, part a and b in English, part 3, the concluding comment, unfortunately not dubbed. Produced in 2008.


The House of Government: A Saga of the Russian Revolution

by Yuri Slezkine
Princeton University Press, 1,104 pp., $39.95
Over the past one hundred years, some 20,000 books on the Russian Revolution have been published, roughly six thousand of them in English. It’s as if, starting on October 25, 1917—or November 7, according to the Western calendar the Bolsheviks adopted soon after seizing power—a new book on that topic appeared without fail every weekday (with summers off). It could be worse: there are now over 70,000 books on the French Revolution. Which one are you going to read?

November 2017: Catalonian Crisis or the Hunt Down of Political Dissidents in Europe

On 6 October 1934, president Lluís Companys proclaimed the Catalan State. This attempt ended up with the imprisonment of the members of the Catalan Government and the suspension of the Statute of Autonomy by the Spanish Government. Lluis Companys was executed in 1940 by Franco’s firing squad. He remains the only incumbent democratically elected president in European history to have been executed.
We all expected the worst outcome, it was an open secret wriggling through the labyrinths of the Spanish court. Earlier this week, one of the bailiffs, during a microphone testing, said it out loud: “a la cárcel todos” (all to jail).
Read more in Counterpunch